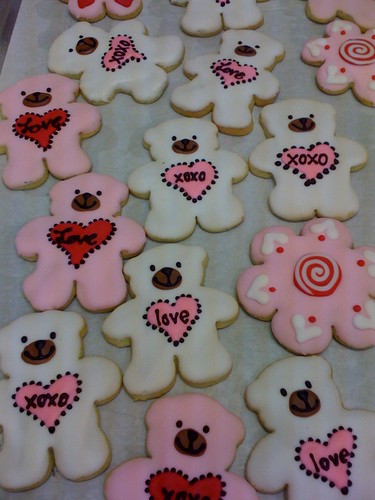 Homegrown Texas Original. Society Bakery is The little Bakery that Donates Back. We are not “high society”, we give back to society by donating to over 100 charities, schools, and non-profits a year without taking a tax write off.  We believe that a business can be profitable and charitable at the same time.

Thank you Entree Dallas for sharing our story

Fig and pumpkin empanadas are among the sweet treats to be found at Society Bakery. (Photo by Rich Vana)

In the simplest of senses, it was the cupcakes that led Roshi Muns from her corporate job to the kitchen. It wasn’t a particular endgame she was looking for; she just liked to make cupcakes. Regardless, it led her here – some people bring cupcakes to work in order to garner favor. When Muns brought them, it led to a new career.

“I started Society Bakery because I’d been taking sweets to work all along in corporate jobs, and people always liked my sweets but I never thought anything about taking it any further – I never really took it seriously,” she recalls. “Until one day when I had a heart-to-heart with my boss at the time, and she asked me, ‘What do you really want to be doing ten years from now?’ I hadn’t even thought about something like that until she asked. And I said, ‘I’d really like to be selling sweets and cookies.’ It just grew from there.”

What Society Bakery has grown into is a nationally recognized sweets destination. Yes, the cupcakes are still there, as large, moist and pillowy as ever, but they sit alongside petite fours, pecan and fig empanadas, multicolored cakes of all shapes and sizes, and cookies and confections innumerable. It’s grown to two retail locations and a loyal customer base. But for Muns to say, ‘It’s grown from there’ and leave it at that would omit an event or two that other businesses likely wouldn’t experience during their development.

“Someone from the Ellen Degeneres show came into the bakery anonymously and tried our cupcakes. They went into bakeries around the country, and then named us as one of the Top 10 Cupcakes in America,” she says. “It was a shock – a shock above all shocks for me because every time I read a magazine or heard something like about sweets, it was always L.A., it was always New York. Maybe Chicago. The fact that they even came to Dallas and included us in a national list was a shock and it really changed my life and it changed my bakery.”

And while the national recognition was a boon for business, it didn’t change Muns’ baking philosophy in the slightest – ever creative and active, Society Bakery took the accolade in stride and continued their efforts to improve and impress. She does mention, of course, the added benefit of taste testing all the new ideas.

“We love eating,” Muns says with a laugh. “And so we love experimenting. Yesterday, in fact, we brought out a pumpkin empanada. We all, as a group, make a decision which one is the best filling, and everybody gets input. And I’ve got people all over the map – we have young people, older people, we have college degrees, we have culinary degrees, we have high school degrees. There’s so much talent here with different backgrounds.”

In fact, Muns observes that it’s the people around her who help to steer much of the creative drive.

“I really try to read people in the interview and hire people who aren’t just here for a paycheck. People who share the same passion for baking, decorating, and philanthropy,” she says. “And we maintain high standards with our product and with our customer service. We can’t just ride on the success.”

That talent, and the input from different perspectives across the board, has led to some offerings at Society Bakery that wouldn’t otherwise be a readily apparent confection. Three years ago, it led to the Bread Pudding Whoopie Pie, and just recently the Pecan Praline empanada.

“With the whoopie pie, it was just the result of experimentation – ‘How can we make bread pudding portable?’” says Muns. “Ultimately, I can’t imagine doing anything else with my life. This is what I do with my free time.”

And while she may spend her spare time coming up with new ideas and recipes, it’s what she does with the success those ideas generate that truly sets Society Bakery apart.

“The word society doesn’t stand for high society; a  lot of people have no idea that it’s a double meaning. I wanted to make this phase of business bigger than myself, that’s why it’s not named Roshi’s Bakery,” she says. “There are ups and downs, but truly, the long-term motivation is these charities and schools we’ve developed tight relationships with, and even a simple thank you note from them saying, ‘We raised more money this year thanks to your help or your donation,’ that’s the stuff that keeps us going.”

If it’s positive feedback from charities and customers alike that keep Society Bakery going, it would appear that Muns isn’t heading back to the corporate atmosphere anytime soon. But that doesn’t mean she won’t keep in touch with it – remember that boss who talked her into starting a bakery?

“Well,” Muns says with a grin. “She became my first customer.”